The Vietnam Under-23 team are expected to give their all to defend their SEA Games gold medal on home soil. (Photo: VFF)

Hanoi (VNA) – The Organizing Committee of the 31st Southeast Asian Games (WED Games 31) on April 14 announced the schedule of football matches for the Games.

In men’s football, the Vietnamese national team will face Indonesia on May 6. Vietnam will face the Philippines, then Myanmar and Timor Leste on May 8, 13 and 15 respectively. All matches will take place at the Viet Tri Stadium in Phu Tho province in North Midland.

The women’s team will face Indonesia, the Philippines and Cambodia on May 9, 11 and 14 at Cam Pha Stadium in the coastal province of Quang Ninh.

The awards ceremonies for women’s and men’s football will take place on May 21 and 22 respectively. 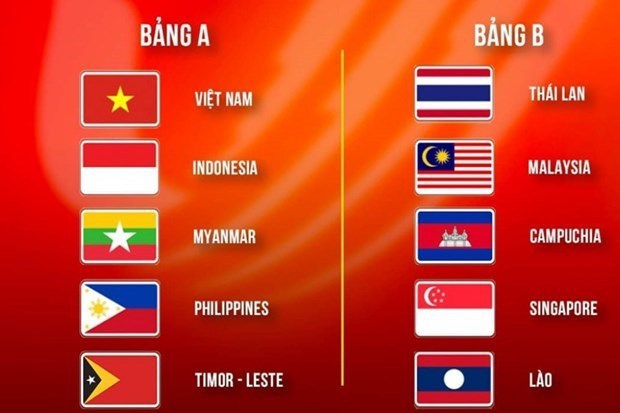 Vietnam will face Indonesia in the opening game of the 31st Southeast Asian Games (SEA) for men Soccer tournament on May 6.

As for the futsal events, Vietnam will face Thailand, Malaysia, Indonesia and Myanmar in the men’s and women’s gymnasium tournaments in Ha Nam province. The women will play from May 10-19 while the men from May 11-20.

Winner
teams will be honored at the award ceremonies to be held on May 20 for men and May 19 for women.

At the previous SEA Games in 2019, Vietnam’s men’s soccer team won the gold medal for the first time in 6 decades after beating Indonesia 3-1 in the final.

Meanwhile, the footballers also defended their SEA Games gold medal with a 1-0 victory against Thailand in the final match./.