After stepping into the stand multiple times last season, Mike Tirico was tapped as the play-by-play announcer for ‘Sunday Night Football’ on NBC with the legendary Al Michaels heading to Amazon Prime Video to call games for the package. streamer’s NFL.

“When Mike joined NBC Sports in 2016, we envisioned him to be our host of the primetime Olympics and the detailed voice of Sunday Night Football,” said NBC Sports President Pete Bevacqua. “We are delighted to have Mike joining Cris Collinsworth full-time on the stand this season.”

Michaels just completed his record-breaking 36th season as the NFL’s prime-time play-by-play announcer. Michaels, the 2011 Lifetime Achievement Emmy Award winner, also called his 11th Super Bowl in February to tie the most for a television commentator. ESPN veteran Kirk Herbstreit will join Michaels at Amazon as a color analyst.

“This is the new frontier of sports television,” Michaels said. “And being part of the launch at this point in my career is both exciting and empowering. The NFL is the king of unscripted television and I look forward to joining Kirk in bringing fans more dramatic episodes on Thursday nights this fall.

Tirico joined NBC Sports in 2016 after a decade as the voice of ESPN’s “Monday Night Football.” He made his debut as host of NBC Sports’ live coverage of the Royal Troon Open in Scotland. Shortly after, he made his Olympics debut as the host of daytime coverage of Rio 2016 by NBC.

Tirico served as NBC’s primetime Olympics host for the 2018 PyeongChang Olympics and the 2020 Tokyo Olympics. 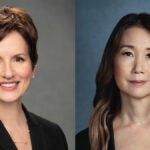 The 2021 season marked Tirico’s 26th as an NFL prime time studio host or play-by-play voice. This year, he also led coverage of the Olympics and NBC’s Super Bowl. He is one of four play-by-play announcers to appear in prime-time NFL games for at least 10 seasons, alongside Michaels, Frank Gifford and Mike Patrick.