The 75-year-old said the sport should ‘shorten the length of matches’ to try to engage younger audiences.

And while Pique, 35, has insisted the European Super League is not a viable way to improve football, he has surprisingly agreed to cut the duration of matches.

Speaking to Ibai Llanos on Twitch, he said: “The Super League presentation was a big mess, especially coming from Florentino.

“But I agree with him on the need to captivate a younger audience, even if I disagree with the Super League. 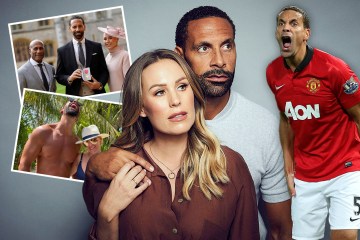 “We need to have shorter and more attractive products. For me, 90 minutes seems like a long time.”

And last month the failed ESL’s new chief caused an uproar when he predicted it would relaunch in 2024.

A22 Sports Management, the company that represents the three clubs still keen on a Super League, are planning to relaunch the competition after appointing Bernd Reichart as their new chief executive.

He told the Financial Times: “We want to reach out to stakeholders in the European football community and expand that vision.

“Even the fans will have a lot of sympathy for the idea. It’s a blank slate. The format will never be an obstacle.”

The initial proposal for all 12 clubs would have guaranteed them involvement regardless of their domestic performance – and that ‘closed’ approach is something Reichart admits needs to change.

He added: “There is a reassessment. There is a clearly stated move towards an open format and that permanent membership is not being considered.

“We want to see whether or not there is a broader consensus on the issues facing European football.”

Meanwhile, Pique retired from football earlier this week, ending his career by being sent off despite being an unused substitute.

Clearly unhappy with some of the decisions taken by referee Jesus Gil Manzano, Mundo Deportivo claim to have said: “Did you see the corner you gave against us?